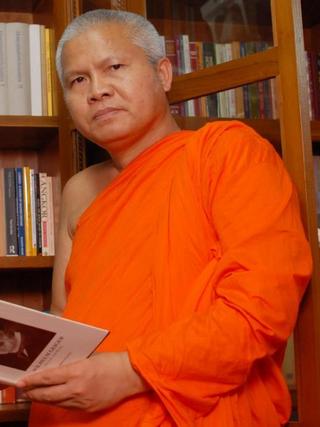 On the eve of leaving Bangkok in January this year, I had the good fortune to meet Ajahn Thiab Sirinano (Chao Khun Suthithammanuwat) who had been using one of my textual works (A Comparative Edition of the Dhammapada), in a book he was currently working on (a Thai translation of the Patna Dhammpada, which is still incomplete at this point in time).

Ajahn Thiab is one of the most senior monks in Wat Pho, and he very kindly invited me to stay with him if I returned to Bangkok. As I had missed work in that Temple on my first trip to Bangkok, I took him up on the offer when I returned in November.

Wat Pho is one of the foremost temples in the country, and also one of the most historic and culturally important, and I have now managed to update the Photo Dharma website, with some much better photographs from the Temple.

As I now have so many photographs from this one Temple I have divided them into three albums dealing with different areas of interest. The first covers The Buildings, Statues and Drawings (136 photos), including medical drawings that are found in the Temple.

Particularly of interest are the murals in the Hall of the Reclining Buddha (112 photos), which illustrate the Lives of the Bhikkhunis, Laymen and Laywomen. These are dramatically large murals in which scenes from the Lives are presented in close juxtaposition with each other.

One of the main things I had missed on my first visits to the temple were the Ramakien reliefs (166 photos) around the Ubosot. This time I got a full set, which I have published in a separate album.

I also missed one of the most important Royal temples in the city on my first trip: Wat Suthat, which was built at the very heart of the city, in the same way that Indra’s Palace stands in the center of the universe. I thought we had visited and photographed the temple on my first trip, and it was only when I returned to Malaysia, that I found out I had photographed another temple on that day.

This time I got it right, and there are two very fine sets of murals at the temple, in the Viharn and the Ubosot, which were originally painted around the same time as the ones in Wat Pho. They were renovated by the Fine Arts Department in 1980, and illustrate the Lives of the 27 Buddhas in the Viharn; and the Jataka Stories and Life of the Buddha in the Ubosot. 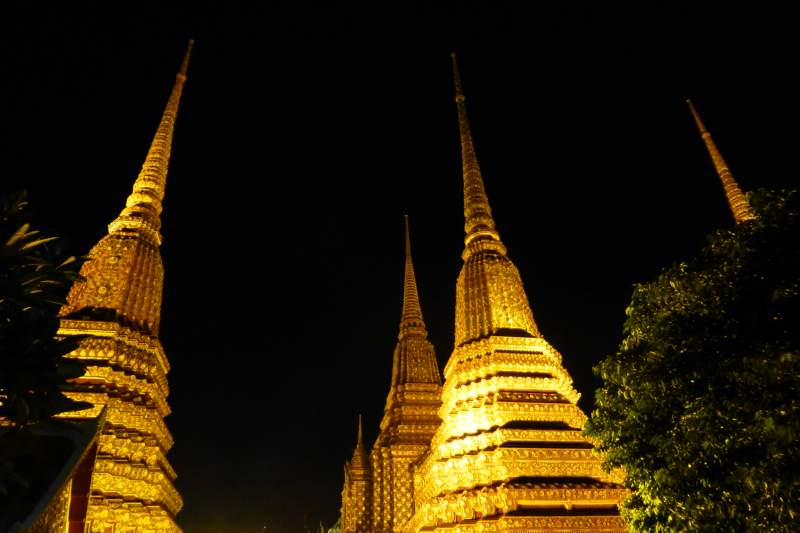 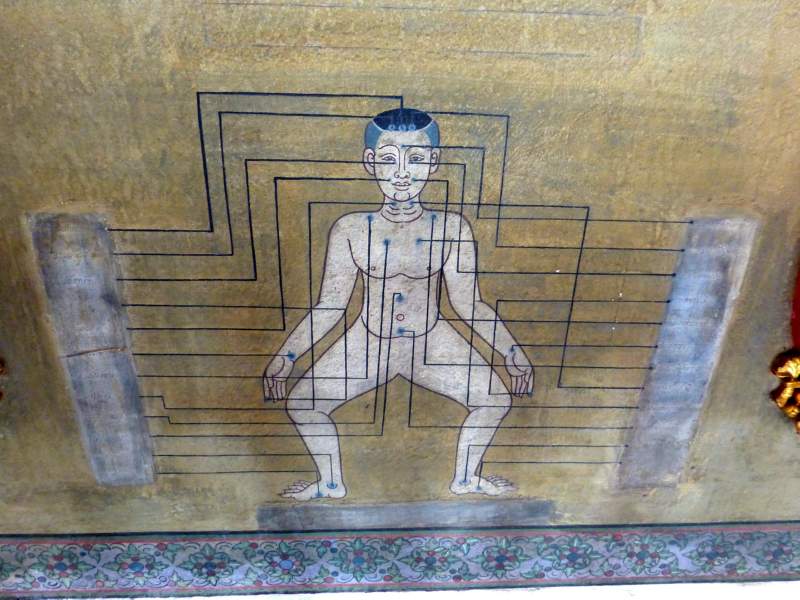 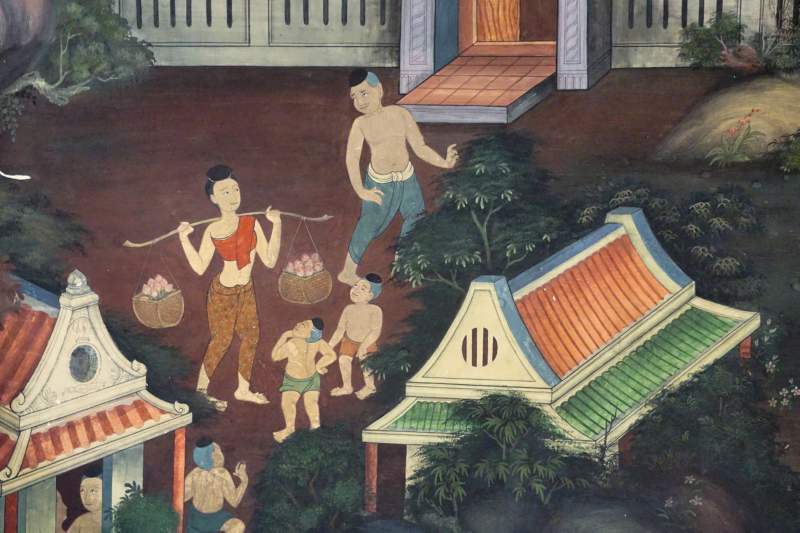 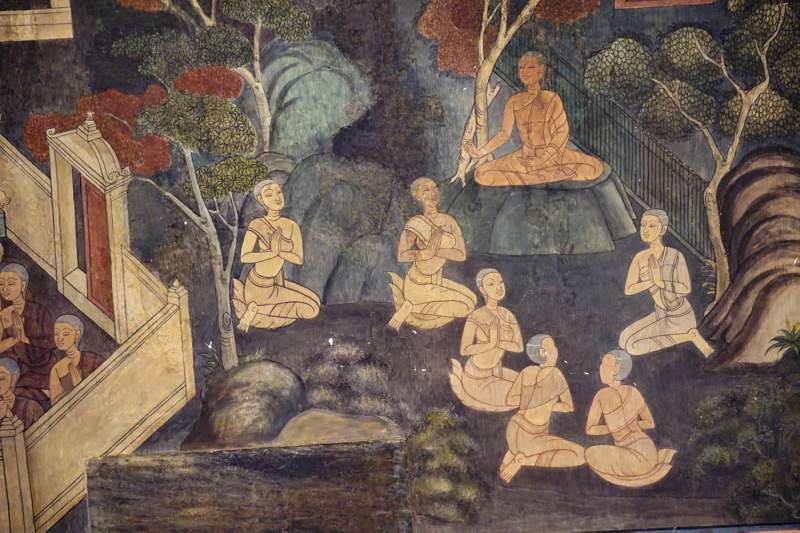 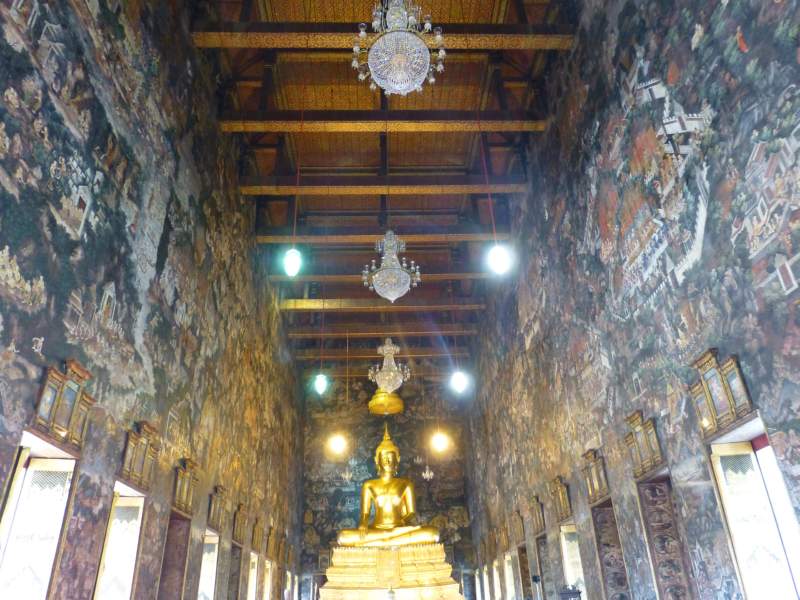 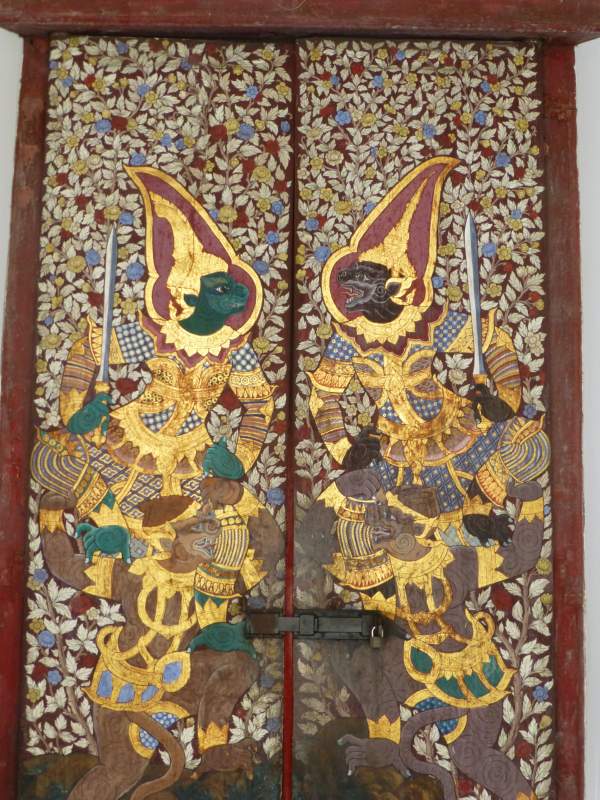 
Donations can also be sent in Litecoin to the following address: LQZ9fVHF3wL6ihwEUcRFiCpcD7f2dfd3Kp