When King Mangrai built Chiang Mai in the late 13th century it was meant to be defensible, and he marked out a plan for the city more-or-less 1.6 km square. Around this area he built a moat and high walls to make it difficult for anyone who wanted to overthrow and loot the city. At that time there were no bridges either, instead everyone had to come in and out via ferries.

Now Chiang Mai is Thailand’s second city and a sprawling metropolis, bridges and gates allow easy access and we pass from the old to the new city without even noticing it.

But it is within the old city that the oldest temples are found, of course. Wat Chiang Man is the oldest Wat in the City. It was built in 1297, one year after King Mangrai began the city, and is situated in the auspicious northern sector of the City. When we were there they were getting ready for a large-scale offering ceremony of the following day.

This temple has some beautiful glasswork, sometimes behind patterned brasswork, sometimes decorating the pillars with mosaics, and there is a fine set of murals, presumably dating from the restoration of the temple by Phra Kru Sriwichai in the 1920s. 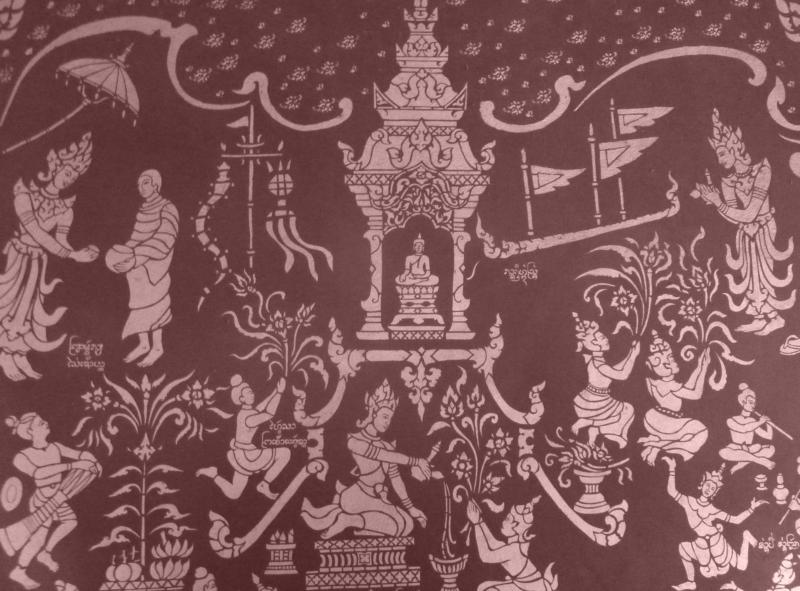 Another temple with justifiably famous murals is Wat Phra Singh, which we visited on July 3rd, a date I remember as it was the General Election that day and there were worries about whether it was safe to be out and about.

In fact the City was quieter than usual as most people had gone back to their villages to vote. This was also fortunate because there was no one guarding the blocked-off Viharn Lai Kham, where the murals are, which was under renovation at the time.

We quietly slipped past the blockade and into the Viharn, where we were quite alone. There was plastic over most of the mid-19th century murals, so while Ven. Wichai held back the sheeting I took the photographs.

Outside I also got some good photos of the Scripture Hall (Ho Trai), which is a classic building, with stucco covered brick-walls downstairs and a wooden hall upstairs. They are built like this to ward off termites, flooding and other dangers.

While I was photographing the General turned up to cast his vote in the polling booth, which had been set up inside the Temple. Which General it was I don’t know, but everybody stepped aside when he entered and he had an armed guard, so I am glad he didn’t find me in the Viharn.

The first inner City Temple I visited was Chedi Luang, which now has the City Pillar and is a major landmark, being near the center of the Old City. It has the largest religious structure in Chiang Mai, the Chedi Luang itself, standing some 70+ metres high.

It is also famous because for sometime Ajahn Mun, Father of the Thai Forest Tradition, was Abbot here before leaving for the forests. Relics from his cremation are on display, as are those of his famous disciple, Ajahn Maha Boowa, who died just recently. 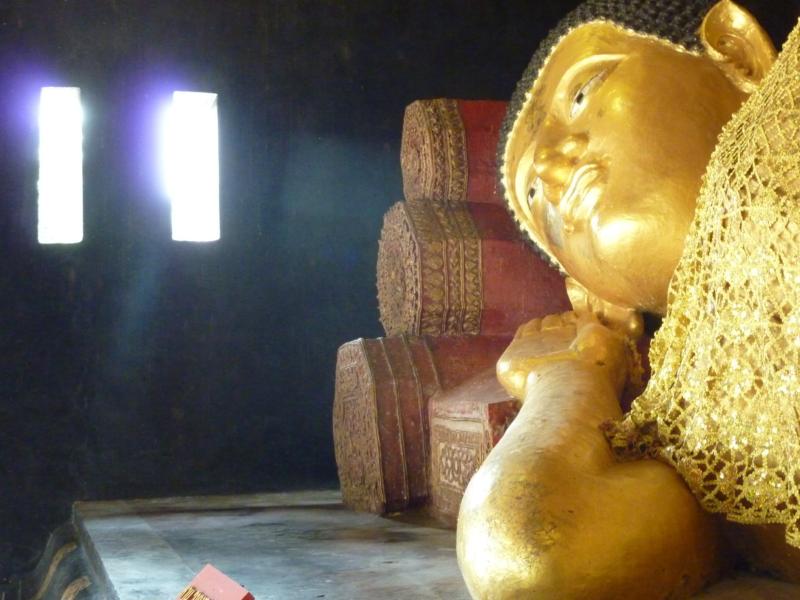 This temple was the first I visited where I saw an advert for “Monk Chat”, which I wondered about. Later I found the Temple where I was staying, Sri Suphan (about which I will report later), also had a Monk Chat programme, and I participated in it one night.

The idea is, anybody (especially tourists) can come in and talk with Monks in an informal setting at set times during the week. This has two advantages: 1. tourists can find out more about the religion and the temples, etc; 2. Monks get to practice their English 🙂

Just round the corner from Chedi Luang we came across another Temple, Wat Chang Tæm. It wasn’t in the guidebook, and I almost accidentally managed to photograph one of the most important Buddha statues in Chiang Mai, the Phra Fon Sæn Ha. 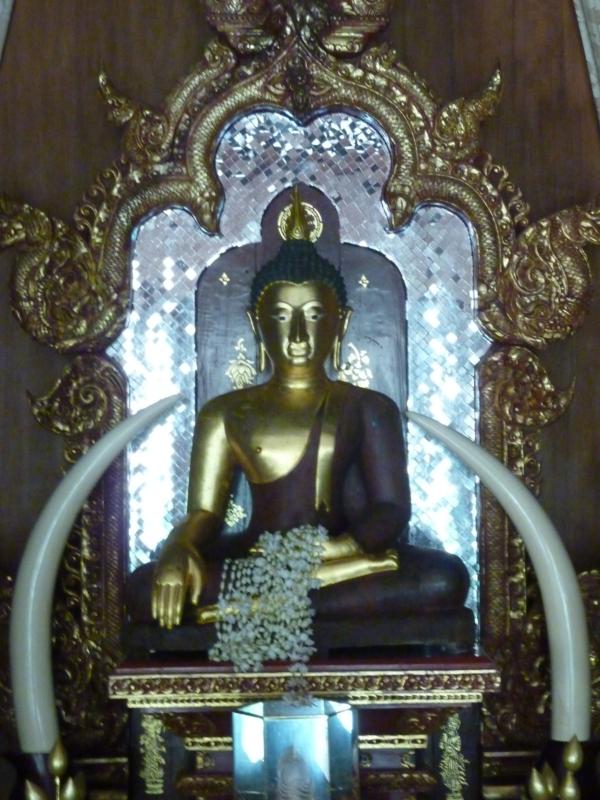 The other inner city temple we visited was Wat Umong Putthathat, which despite being inside the City walls, is actually a fully fledged forest monastery. It used to have some fine murals, but they have all disappeared by now.

What it has instead is some fine outdoor, moss-covered statues, some of which were picked up by the monks in the 60s, when they were trying to collect materials from the ancient and abandoned temples in the province; and some good copies of ancient Indian freizes from Barhut, Amaravati and Sanchi. The temple is inspired by the vision of Ajahn Buddhadasa, whom I had the good fortune to meet in the early 90s.

There are also photographs from four other temples, which have been grouped together for convenience, they are Wat Lam Chang, Wat Duang Di, Wat Prasat and Wat Phan Tao, and they show some of the more unusual features found in some of the Lanna Temples: a water-Ubosot, central Thai-style Viharn, an unusual Chedi and a tall Viharn made from a converted Palace.

You can find out more about the temples mentioned here and about other places that I visited while in Chiang Mai, by going to the Thailand Home Page of my Photo Dharma website.

2 thoughts on “Chiang Mai: Photos of Temples in the Old City”